Capture your new neighbourhood from the sky!
613.236.5959 martin.elder@hallmarkottawa.com 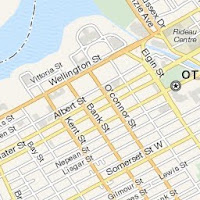 What street do you live on? Thought you knew the answer to the question right? Not that simple. You may live on a street but have you considered the differences between street, road and avenue? So what’s a main street, side street, high road, low road or avenue? Is your neighbourhood made up of streets or avenues? What is the percentage of streets to roads to avenues?

The popular concept of a modern street is a wide open passage linking places where people live. It may also link areas of goods and service like shops and places of common gathering . So the concept of a street dates back to the origin of towns a thousand of years ago .

The early Romans were one of the first road builders creating roads linking destinations with straight prepared surfaces. They were standard widths, and crowned to allow water runoff to the curb. The Latin word for street is strata (meaning paved road). We still have the root in the word stratum and straight. Cobble stone streets in France are called pave, hence the English word we use to describe a paved road. Similarly, some consider asphalt as pavement especially in Canada but Europeans know cobble stones as pavers stones

The street was essentially an area of public usage; it was the non private, non built up area where the public was free to do as they pleased. Although today streets are considered as thorough fairs for cars, in the past, streets were places where open air markets flourished, where people gathered to hear debate, song and watch street performers. Today part of a street may be sectioned off by high curbs and sidewalks so that people may keep a portion of the street for people where it is safe from fast moving vehicle traffic. In more built up areas where there is too much traffic, bollards or chains prevent cars from parking on sidewalks. Shade trees and sitting areas reinforce the public use of the street. Some cities prohibit vehicle traffic in central areas. These are called pedestrian malls. Sparks Street Mall in Ottawa is an example. Similarly in Munich and Florence there is central squares that exclude cars and allow people to enjoy fountains and sculpture. The ” Streetscape” is a term used today to describe the user friendly features of the street.

People like the safety provided by the curb and a separate sidewalk for pedestrians. The development of a wide street with sidewalks and bordering trees is the “avenue”. Residential neighbourhoods are laced with avenues. In Ottawa, most of the residential areas are avenues even if curbs and sidewalks are not present. Where a “Main street” suggest a busy street Melbourne Avenue suggests a calm residential Avenue where the occasional “Street Party” takes place when two ends of the “Street or Avenue ” are blocked off and the residents are allowed to take the exclusive use from the vehicle .

The boulevard is a version of the avenue. It has curbs with trees bordering the route however the boulevard may have a tree lined median separating the two lanes of traffic. The origin of the word boulevard is the route around the perimeter city walls. The word’s origin came from the defensive term “bulwark”. The famous boulevards are Boulevard St Michelle in Paris which divides east and west Paris. Sunset Boulevard in Los Angeles is a 40 km boulevard that twists and turns following the coast.

https://martinelder.ca/"I'm down on the shore of Westboro Beach and snow is falling gently."You can see the open water in the distance. There are signs of spring...

Why Do People Trust Westboro's Martin Elder With Their Real Estate Needs?

Why do so many people trust Westboro's Martin Elder with their real estate needs? It's because Martin is more than just an agent... he's also a...